Creatronic: General tests for compliance with EU standards and directives

Do your products comply with the law?

We perform a number of accredited laboratory tests for finished products, which also apply to products manufactured by external manufacturers. Our team includes experts with many years of experienced gained while working for research institutes. We offer comprehensive advice and support in the selection of standards and requirements to be met by products in order to receive the CE mark. We help you to prepare CE declarations for the products you sell. We provide training in the field of applying directives, standards, and national regulations concerning the manufacturing of electronics. Such training can take an open form or a closed form, i.e. be conducted in your company.

We carry out tests for compliance with EU directives and standards 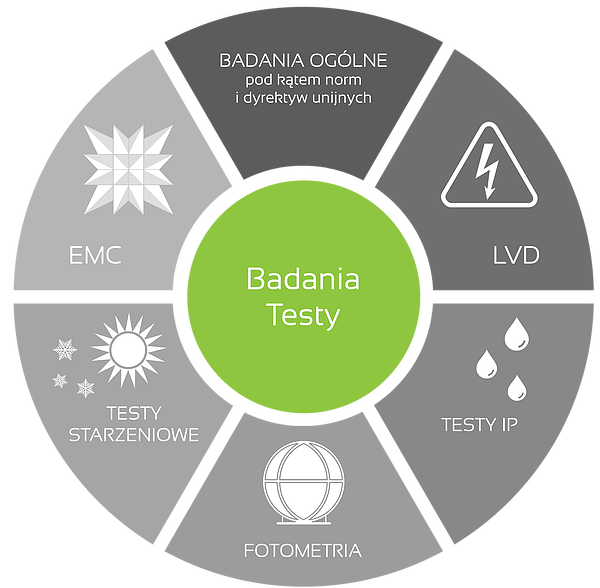 We mainly carry out tests based on guidelines included in the following Directives of the European Parliament and of the Council:

We have our own photometric laboratory. Based on sample testing, we determine the following for each manufactured batch: